Gbadolite: The Versailles of The Jungle

In 1917, British surveyor Dr. John Ball made an unusual discovery in the Libyan desert in Egypt. About 180 km south-west of the Dakhla Oases, he discovered two isolated sandstone cones jutting out of the desert sand. Both hills were covered with thousands of pottery, many broken but some still intact. The Egyptian explorer Prince Kamal el Dine Hussein named the archeological site Abu Ballas, or the “hill of pottery”.

Prince Kamal el Dine Hussein assumed that the jars were relics of fairly modern times and that the markings engraved on them belonged to Bidayate-tribes, but radiocarbon dating in the late 20th century revealed that some of the pottery are between 3,500 to 4,000 years old.

The pots were evidently made to hold water, but there are no water sources nearby, which meant that they were transported there from Dakhla Oases, possibly to create a water depot in the middle of the desert. German explorer Carlo Bergmann believes that Abu Ballas was just one in a long line of water depots stretching over 300 km from Dakhla Oasis down the Eastern Edge of the Gilf Kebir, but where that trail lead to is a mystery. Some researchers maintain that the trail was an ancient Egyptian trade route into central Africa, established in the late Old Kingdom or early First Intermediate Period. Some time after it was established, authorities decided to arrange supply depots along the track. Abu Ballas was one of the largest.

When Abu Ballas was discovered, there were thousands of pots stacked in neat layers around the base of the hill. Now only a few hundreds remain. Much have been carried off by memento-seeking tourists. Many were destroyed and jagged shards of pottery now litter the sand around the hills. 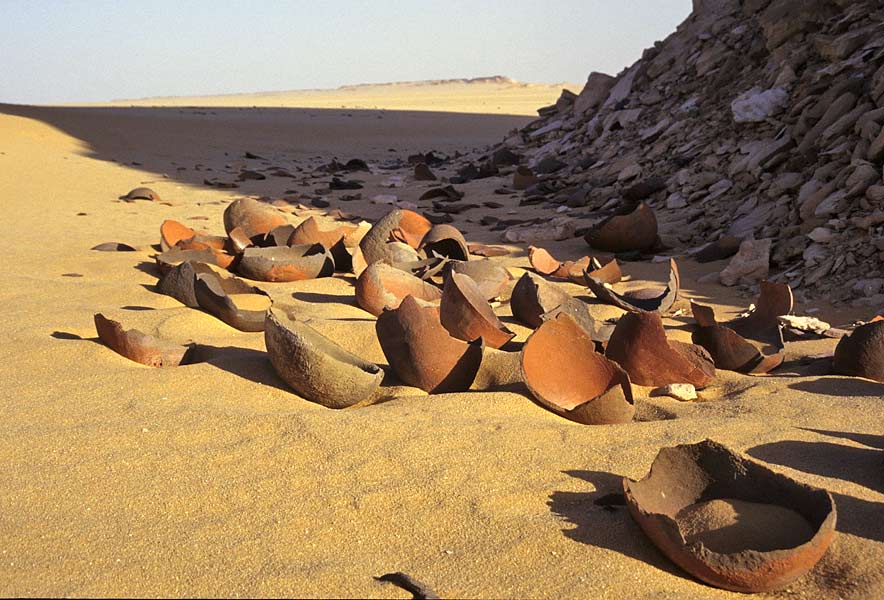 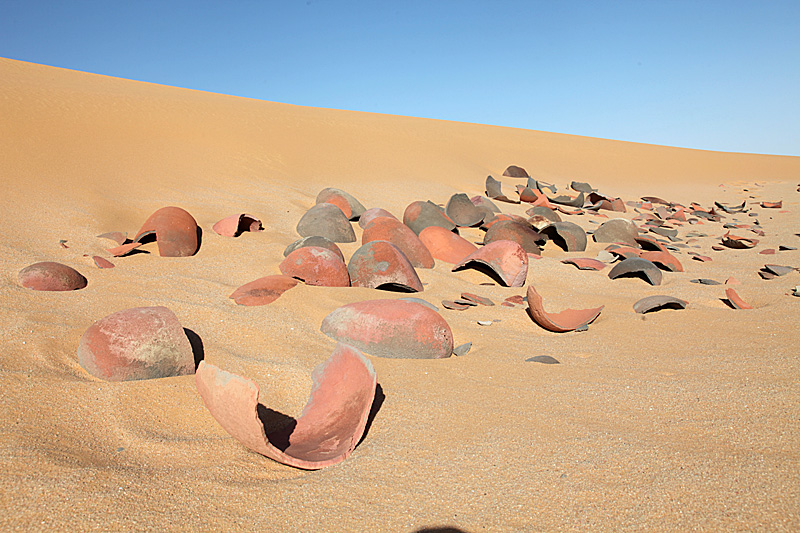 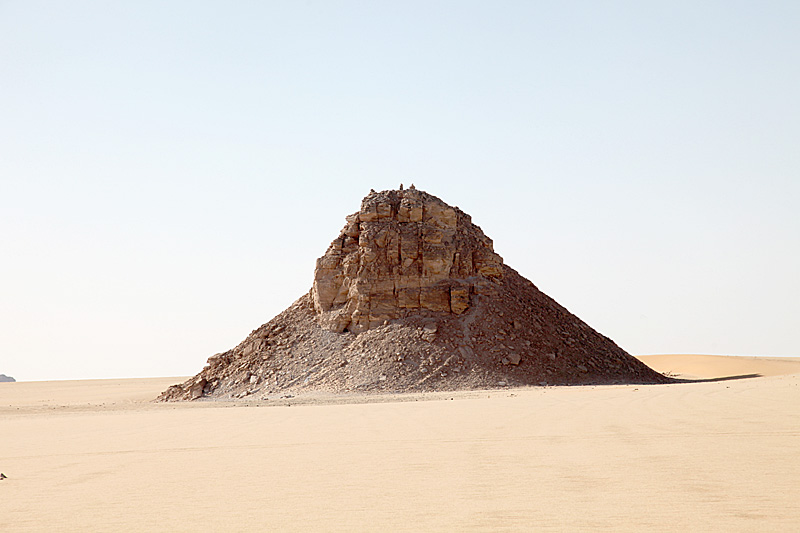