Building a bridge over water is a daunting task, and despite the many technological progresses, the basics have remain unchanged since ancient times. First a cofferdam is constructed on the riverbed and the water inside this enclosed structure is pumped out, exposing the muddy button. Upon this ground the piers of the bridge are erected.

During middle ages, the cofferdam was built using several rows of logs driven into the mud. This was made watertight using mud and reinforced with sand. Water was then pumped out from the pit by a water wheel. The subsoil was most likely reinforced using wooden piles driven with a pile driver. Upon this, a wooden foundation grate composed of oak beams and planks was placed. This grate was fixed with large round stones, which were interconnected by wrought iron bars. Once the foundation was prepared, the masonry of the pillar could be started. To build the arches, wooden falseworks were erected and precisely cut sandstone or granite blocks were placed over this falsework. Once the keystone was in place, the falsework was removed and the arch stood held together by its own weight. The arches were reinforced by putting several layers of stones over it up to the level of the bridge deck. Finally, paving was laid made of hard rock.

This process has been beautifully recreated in a 3D animation by Praha Archeologicka, a Prague-based project of the Institute of Archaeology of the Czech Academy of Sciences (CAS), Prague, and the National Heritage Institute. The example chosen in this animation is a real Medieval bridge—the Charles Bridge across the Vltava  river in Prague, Czech Republic.

Construction of the Charles Bridge started in 1357, under the auspices of King Charles IV, but it was not completed until the beginning of the 15th century. The bridge has 16 arches and 15 pillars, each shielded by ice guards. It’s 512 meters long and nearly 10 meters wide. The balustrade is decorated with 30 statues and statuaries depicting various saints and patron saints, although these were erected much later, between 1683 and 1714. To preserve these statues, they were replaced with replicas during the 1960s. The originals are at Prague’s National Museum.

Until the middle of the 19th century, the Charles Bridge was the only crossing on river Vltava, which made the bridge an important connection between Prague Castle and the city’s Old Town and adjacent areas. 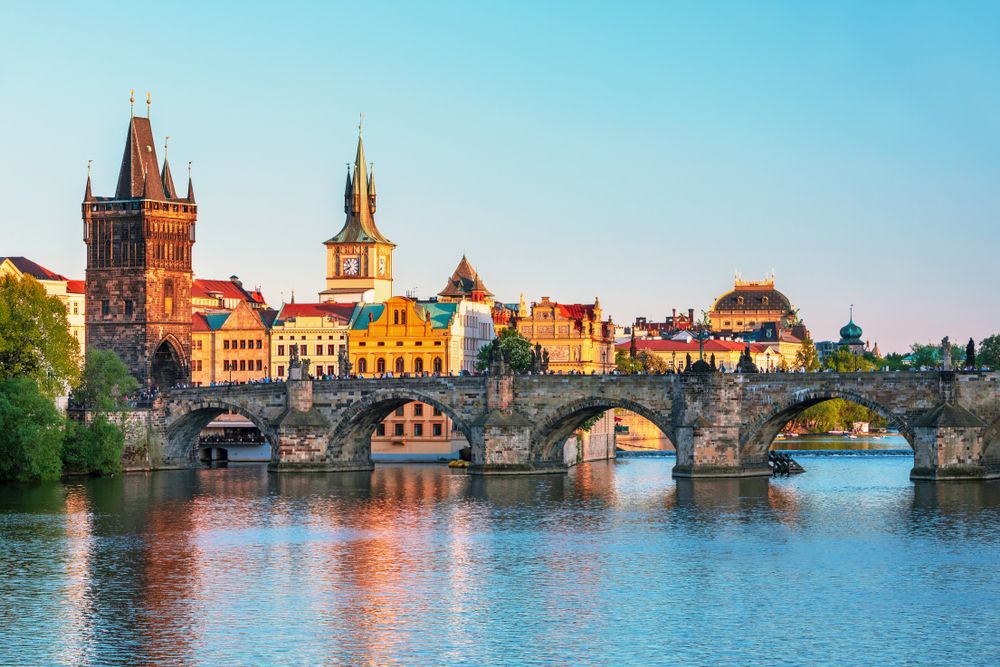 The bridge suffered several disasters throughout the six hundred years of its existence. Flood damages were the most frequent, with the first striking only 30 years after the bridge was completed. In 1496, one of the arches came crashing down when water damaged the supporting pillars. During the great flood of 1890 a staggering amount of rafts, logs and other floating debris stuck to the bridge and broke three arches and two pillars. Wars also caused significant damage to the bridge, especially during the end of the Thirty Years’ War when some of the heaviest fighting took place right on the bridge. During the fighting, the bridge towers were severely damaged and the remnants of almost all gothic decorations had to be removed from it afterward. The bridge escaped destruction during the Second World War, at the end of which, whatever damage it suffered was repaired and automobile traffic was banned.

Today, the Charles Bridge is one of Prague’s foremost attraction. 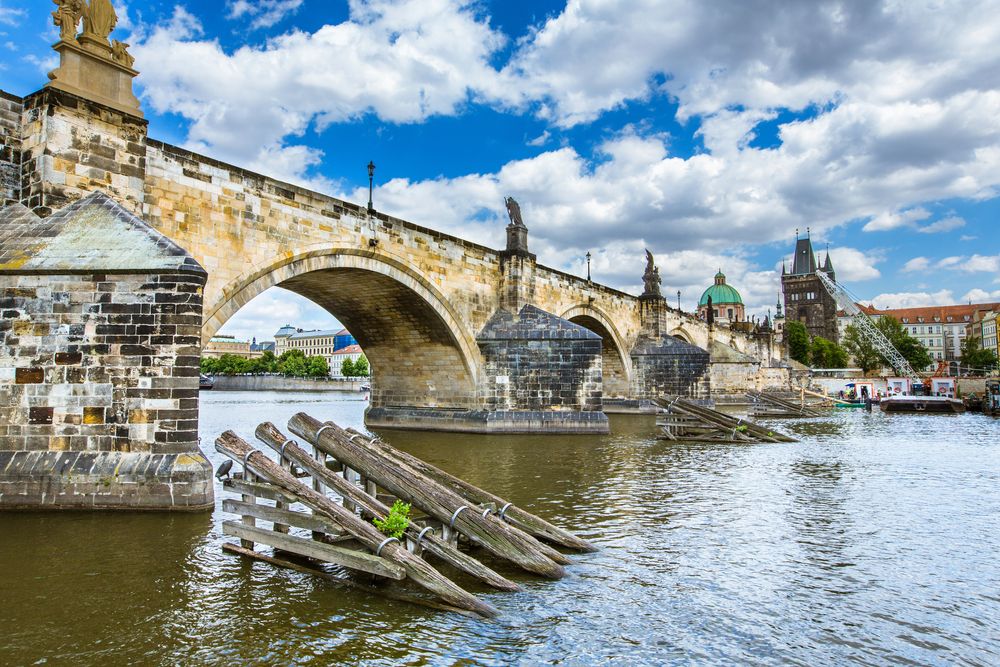 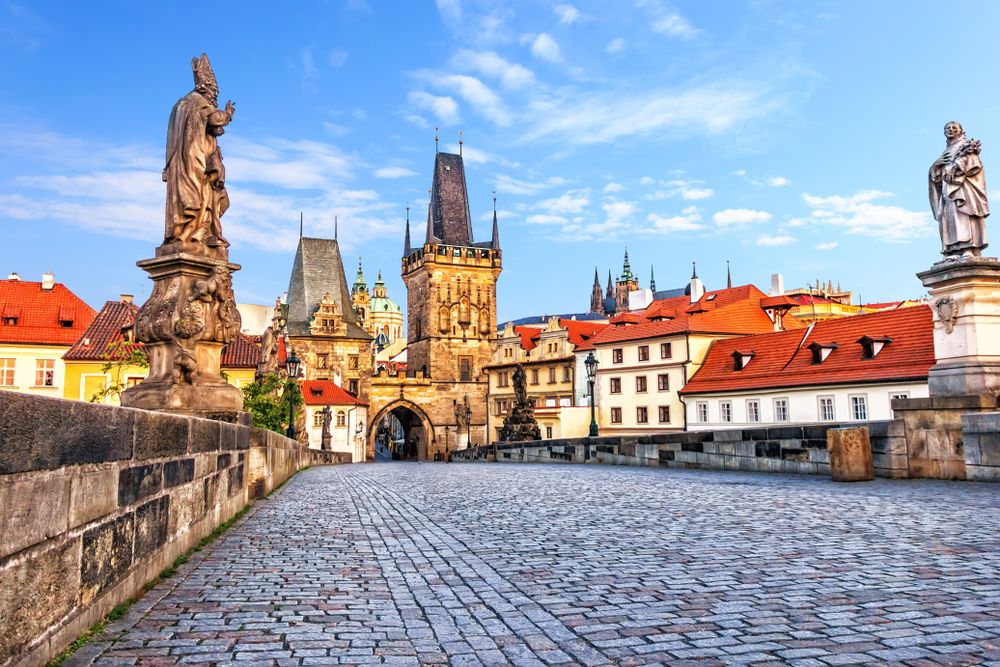 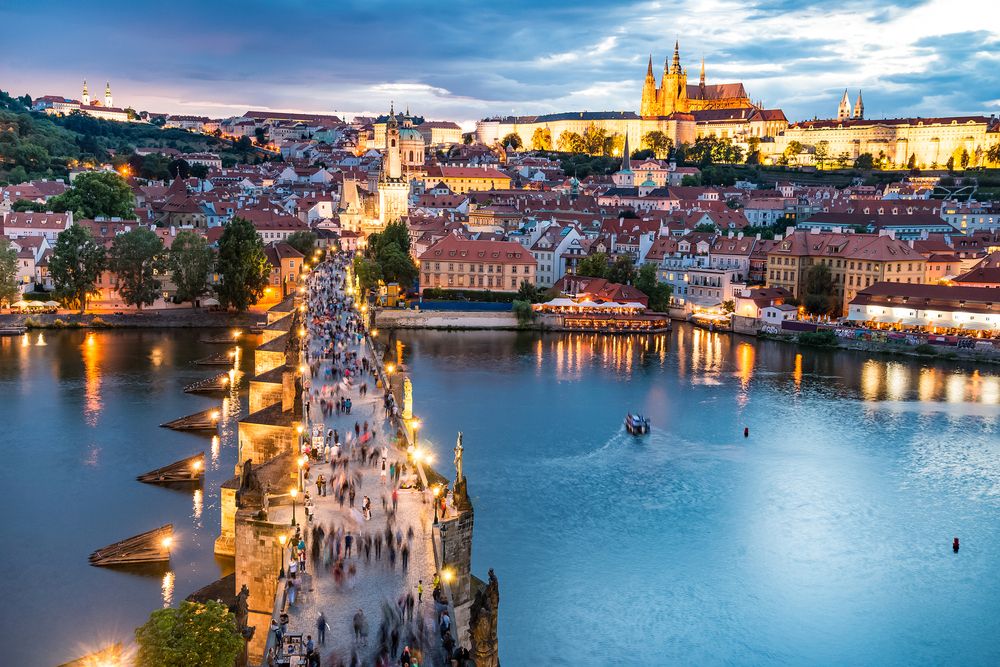 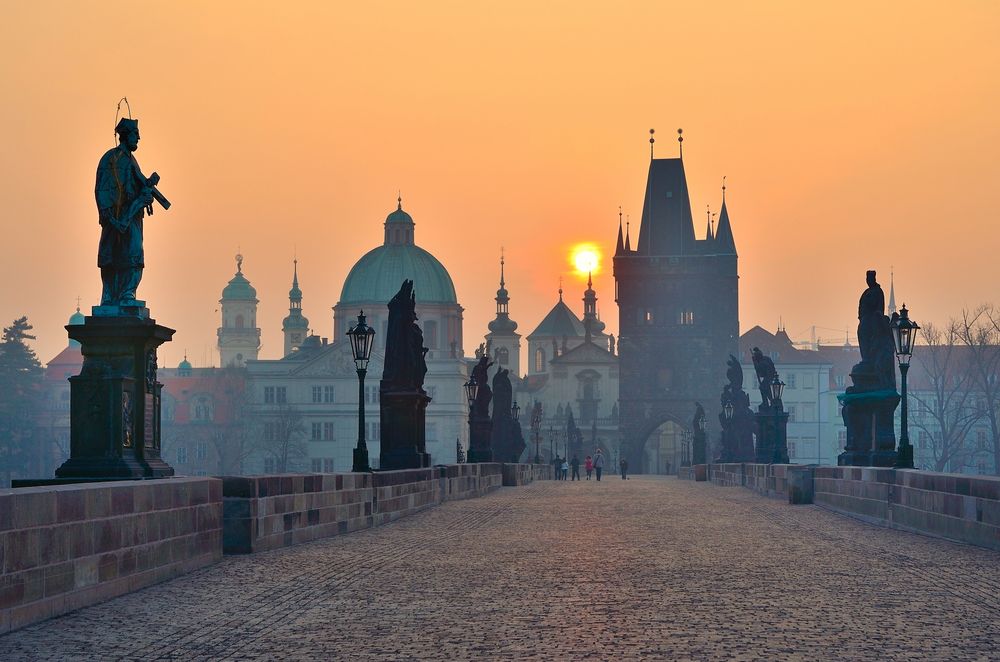