At the intersection of Carmelita Avenue and Walden Drive, in Beverly Hills, California, there stands a house which appears straight out of a fairytale. With its steeply pitched gable roof, wooden shingles, shutters that hang askew and small leaded-glass windows, the house appears jarringly out of place among its upscale neighbors. But the interior is quite charming and spacious with two master suites and a 3,500-square-foot floor plan.

A very popular landmark of Walden Drive, the Witch’s House is one of many whimsical storybook houses scattered across Lon Angles. This playful architectural style characterized by elements like crooked roofs, rolled or pointed eaves, mismatched doors and windows, and an overall look of disrepair, became a rage in Los Angles during the 1920s and 30s, with the rise of the Hollywood film industry and a widespread fascination with medieval architecture.

“Three attributes set classic Storybook style homes apart from other Period Revival styles of the 1920s,” writes Arrol Gellner, the author of Storybook Style: America’s Whimsical Homes of the 1920s, “their exaggeratedly plastic and often cartoonish interpretation of medieval forms; their use of artificial means to suggest great age; and third, that all but indefinable quality known as whimsy. These are houses that embody the utmost joy in creation.”

A pioneer of this peculiar architectural style was Hollywood art director Harry Oliver. The Witch’s House house in Walden drive was one of his first creation, and it remains one of best examples of this particular style. 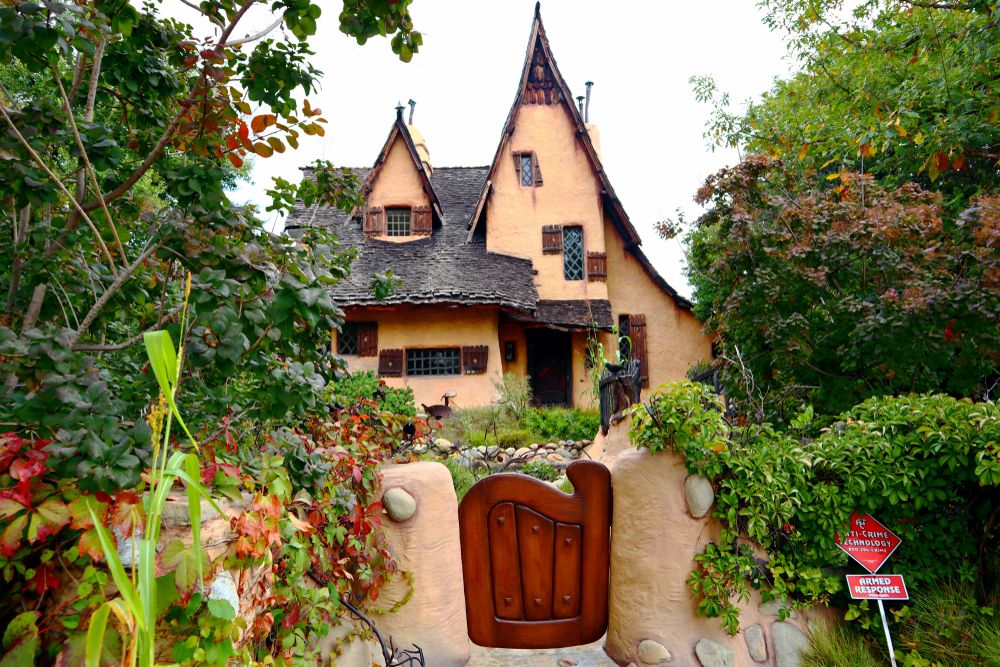 The Witch’s House, also known as the Spadena House, after its first owner, was designed to function as the office and dressing rooms for Willat Studios back in 1920. It originally stood in Culver City, California. When the studio shut down, producer Ward Lascelle, spared it from demolition and moved it to Walden Drive in Beverly Hills in 1926, where it now serves as a personal residence. The house was given an intentionally dilapidated look with a distressed paint job and overgrown English-style garden and a moat-like pond. The house’s wacky architecture made it a popular landmark in Beverly Hills, and inspired others to create more such storybook houses. The Witch’s House even appeared in a fair number of movies, starting from the silent era Hansel and Gretel (1923) to Clueless (1995). 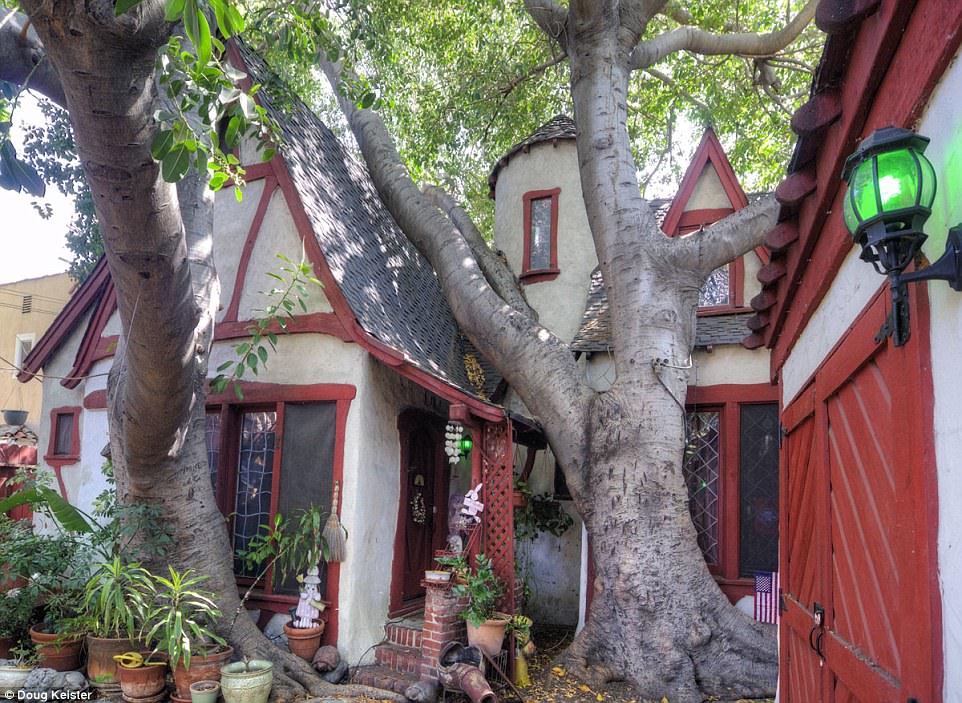 Charlie Chaplin Bungalows: These cluster of cottages on North Formosa Avenue were built by Charlie Chaplin in 1923 to provide accommodation to his cast and crew working at his studio a couple of blocks away on La Brea Avenue. The four houses were designed by noted architects Arthur and Nina Zwebell, who are responsible for some of Hollywood’s most famous courtyard apartments. The houses now function as apartments occupied by musicians and artists. 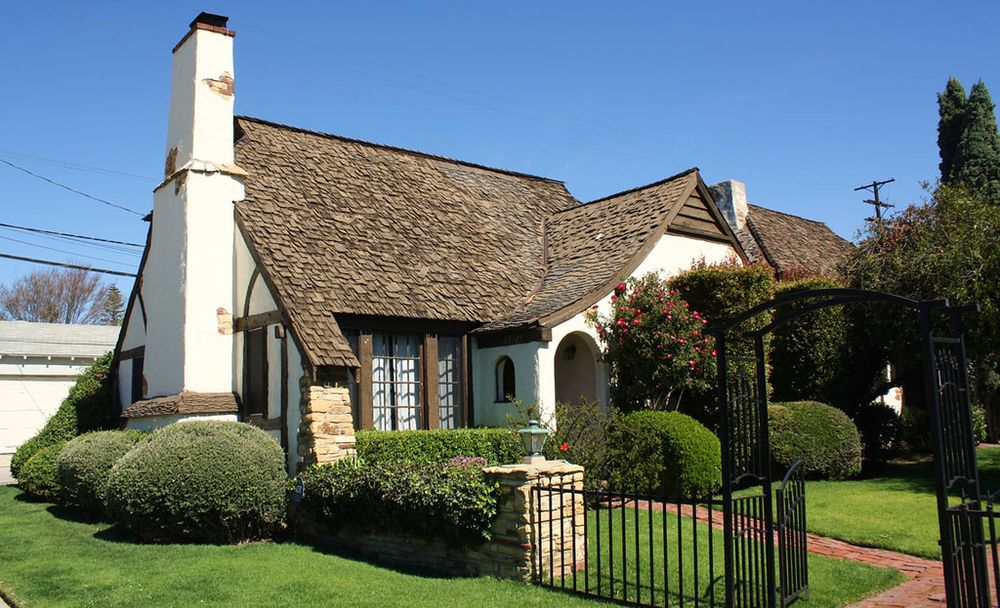 The Snow White Cottages: These were designed and built by architect Ben Sherwood in 1931 to house animators working at Walt Disney’s original studio, located a few blocks away. The eight cottages feature crooked roofs, timber-frame facades, intentionally-worn chimneys, and a tower at the far end of the bungalow courtyard. It is believed that these cottages may have provided inspiration for the fairytale cottage now immortalized in the 1937 Disney movie Snow White and the Seven Dwarfs. 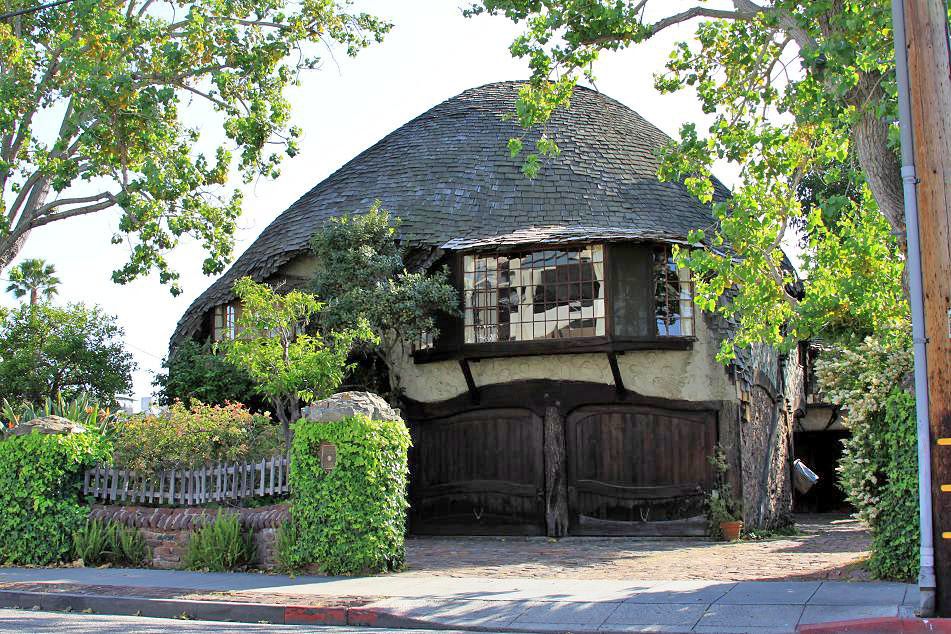 The Hobbit House: This was built by Disney artist Joseph Lawrence over a period of 24 years, from 1946 to 1970. The property consist of several round roof cottages with oddly shaped leaded glass windows, rustic stone hewn walls, a rough cut cupola, and uneven roof tiles. It’s lovingly referred to as The Hobbit House, and like many others this house has now been converted into apartments. 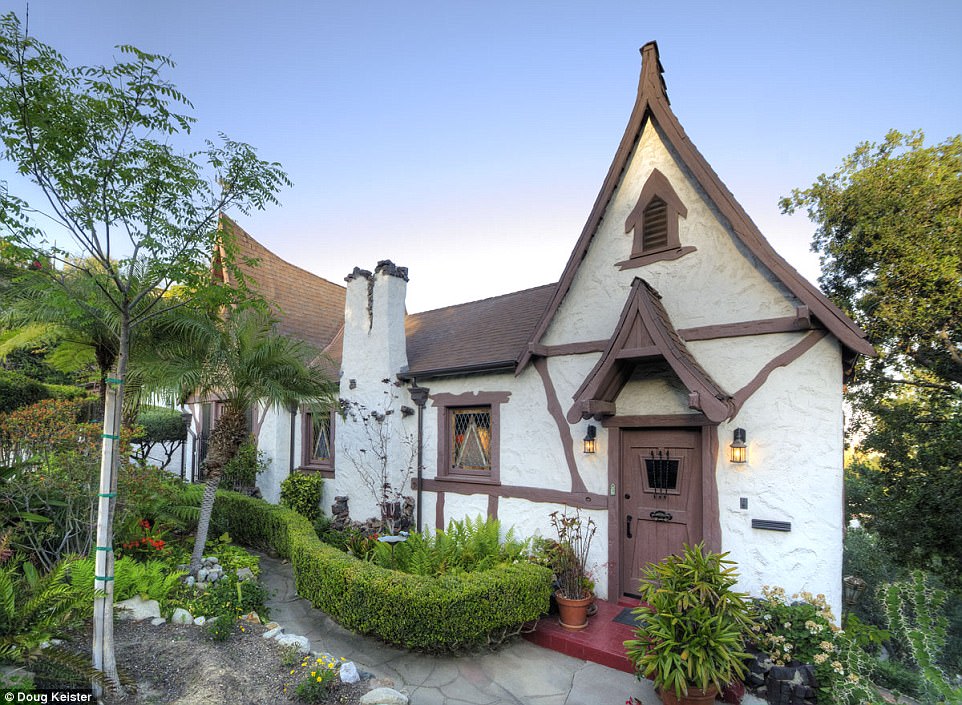 Hlaffer-Courcier Residence: Located in Los Feliz, this 1924 two-story home was designed and constructed by Rufus Beck, who was also responsible for other Storybook homes around Los Angeles. 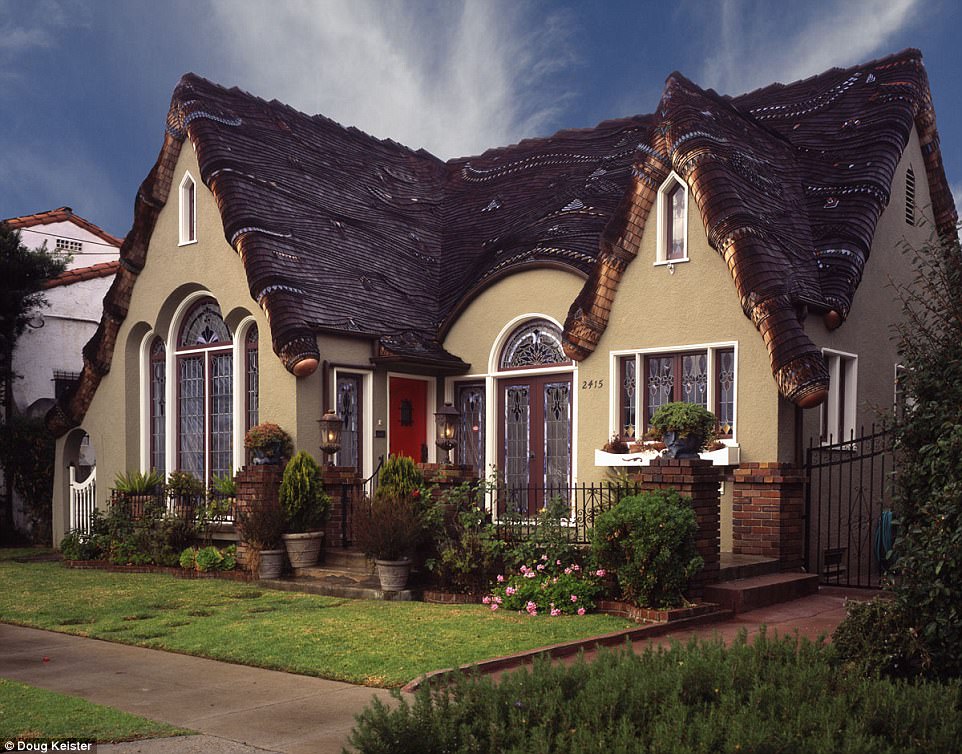 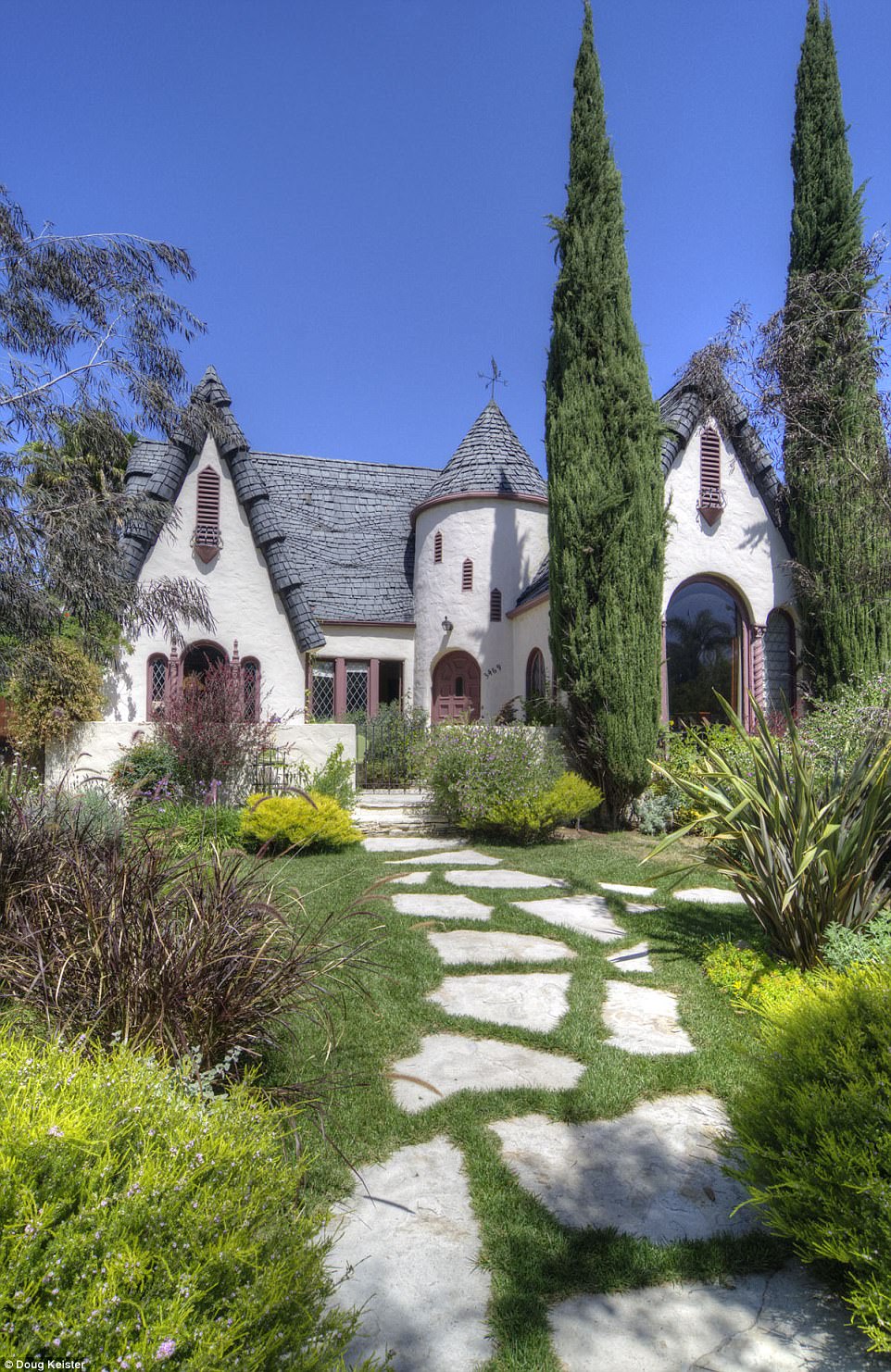 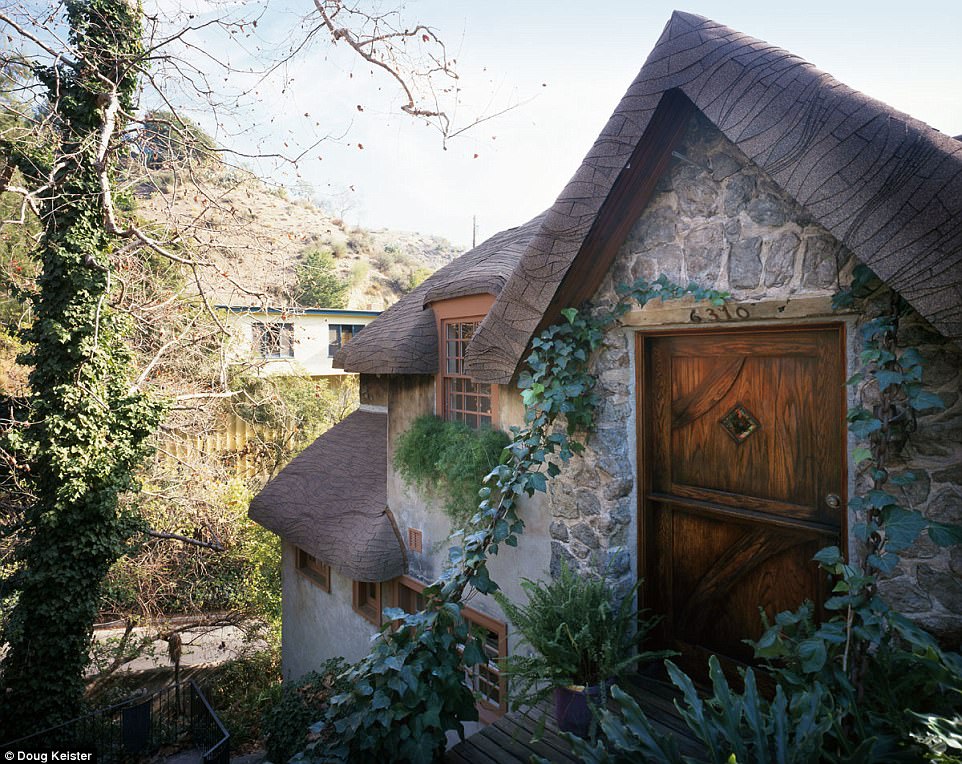 This Hollywoodland storybook style house was built in 1926 and was once owned by Humphrey Bogart, the legendary film actor who starred in Casablanca and the African Queen. Photo: Doug Keister 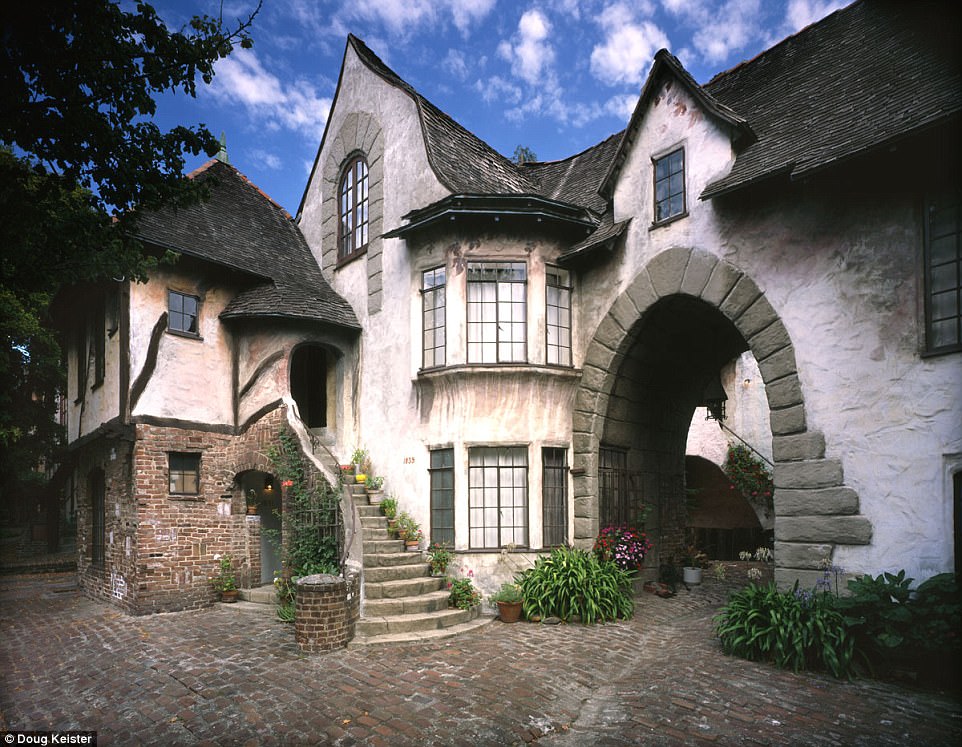 Normandy Village, an eight-unit apartment building near the University of California, Berkeley, was built by William R Yelland in the 1920s. It was commissioned by Colonel Jack W Thornburg, who wanted a building that evoked Northern France which he saw while fighting in World War I. Photo: Doug Keister 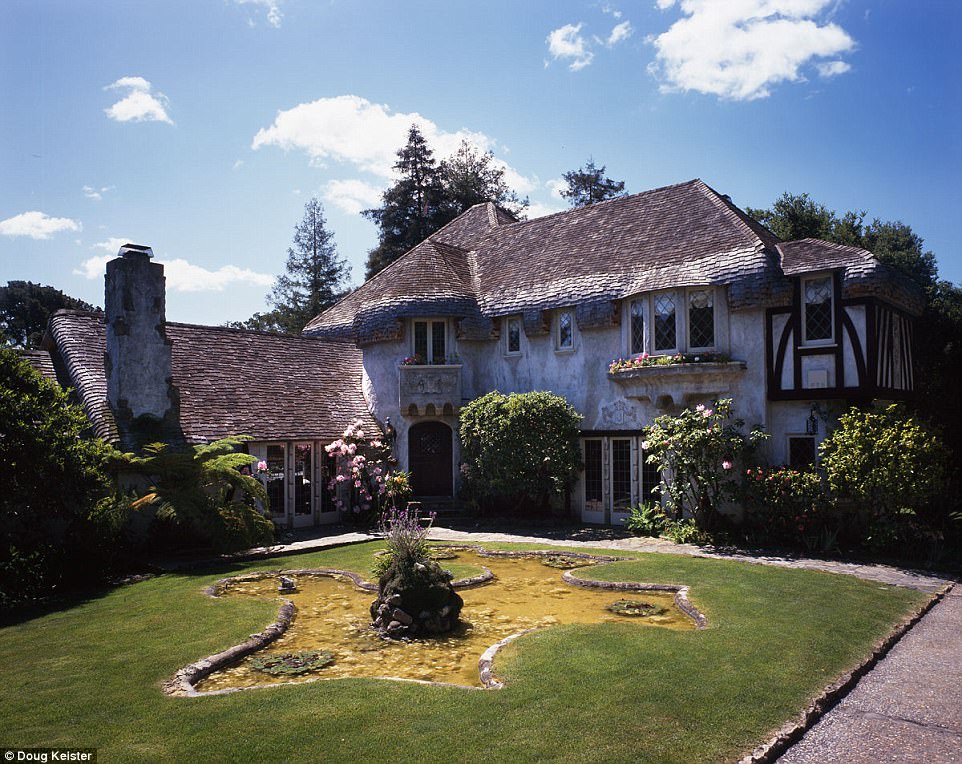 The Fritz Henshaw house in Piedmont, California was designed by Sidney and Noble Newsom in 1924. Photo: Doug Keister